Bottom’s Up: Do You Know What’s in Your Beer? 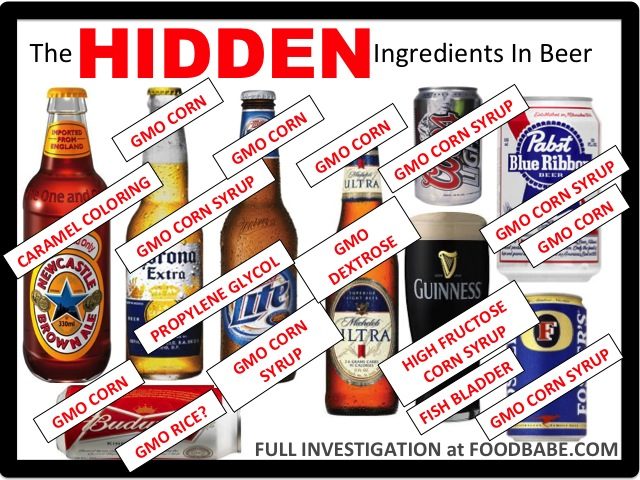 I personally gave up drinking beer a year ago after completing our Detox 360 cleanse. I found out that I have gluten sensitivities, with beer being a main culprit. I have noticed multiple health improvements as a result of not consuming beer: less bloating, fewer joint aches, more energy and better focus. I’m sure many of you reading this are thinking (or laughing) to yourselves that any alcohol can cause those side effects. You are correct to some degree, but even several sips were having a week-long negative effect on my mental clarity.

After realizing that I had a gluten sensitivity, I assumed that all the negative effects I was experiencing were because of the gluten. Something didn’t make sense though; I would cheat from time to time with other gluten containing foods, like bread at a nice restaurant or the occasional slice of pizza, and I didn’t get the same bad side effects as from beer. I discovered that even though I have some reactions to gluten, I am more sensitive to all of the additives and GMOs in beer produced by the big companies. The main culprits are: MillerCoors, Budweiser, Pabst, Newcastle, Guinness, Fosters and Corona.

Beer sold in America can legally contain the following:

The Food Babe dug a little further into the matter of mass-produced beer, and wrote an article that discloses what other dangerous “ingredients” are used in many American beers. They are not required by law to list their ingredients because they are not regulated by the FDA, they are under the watch of the United States Treasury!

If you are going to drink beer, I highly recommend supporting microbreweries. They tend to have fewer additives and more of the basic ingredients that beer is supposed to have. Cheers!!